The 42-metre-high India Gate was built during the British rule as an all-India war memorial arch in honor of the soldiers who died in the First World War (1914–1918) and the Third Anglo-Afghan War (1919). The names of the soldiers are engraved on the surface of this landmark.

In 1972, the Amar Jawan Jyoti was included as part of the India Gate memorial. It has an inverted bayonet and a soldier’s helmet in which an eternal flame burns. Earlier, service chiefs and guest representatives used to honor Amar Jawan Jyoti. On Republic Day, the Prime Minister will pay tribute at the site.

In 2019, the National War Memorial was inaugurated by Prime Minister Narendra Modi. It was built in the memory of the soldiers and unsung heroes who laid down their lives for the country since independence.

The new memorial is spread over 40 acres in the India Gate complex and has the names of soldiers killed in battle on its walls. Wreathing ceremonies are now performed here on all specified days.

In 2019, it was decided that the Amar Jawan Jyoti would remain in its place even if a new eternal flame is lit at the new memorial. 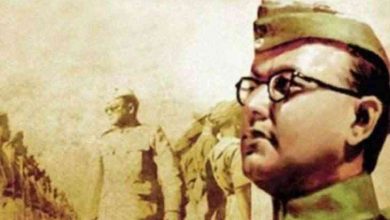